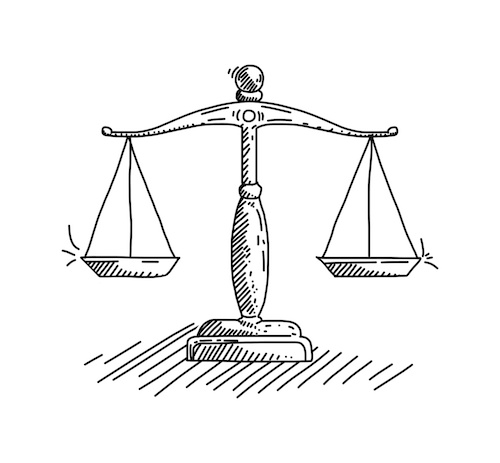 July is Minority Mental Health Month, a time dedicated to raising awareness about the unique challenges that underrepresented communities face in accessing mental health treatment in the U.S.

I am a mental health researcher at the Vera Institute of Justice, an organization committed to ending mass incarceration and ensuring equal justice for all. To me, this awareness month is also a time to reflect on the intertwined problems of racial and health disparities in our criminal justice system as well as the work needed to reduce them.

It is also widely known that people with mental illness are over-represented in the criminal justice system. The most recent data available from the Bureau of Justice Statistics shows that more than one quarter of people in jail met the threshold for serious psychological distress and nearly half had been told by a mental health professional that they have a mental illness.

Additionally, there may be unique dynamics at play once people enter the criminal justice system that contribute to even greater racial disparities in the screening, evaluation, diagnosis and treatment of people with mental health problems.

For example, there is evidence that prosecutors are more likely to grant pretrial diversion to white defendants than to black or Latinx defendants with similar legal characteristics. This could have especially negative effects for people of color with mental illness, since pretrial jail incarceration has significant negative health impacts. Other evidence shows that mental health screening tools used by jails reproduce racial disparities, resulting in fewer black and Latinx people screening positive and thus remaining under-referred and undetected in the jail population.

Incarceration itself also impacts important factors of health, such as housing. Formerly incarcerated people are nearly 10 times more likely to be homeless, and rates of homelessness are especially high among people of color. Lack of housing can significantly worsen mental health problems.

There is widespread agreement around the need to improve police responses to people with mental illness and to create diversion programs that link people to community-based treatment instead of incarceration. As one example of the current progress, Vera launched Serving Safely last year through support from the Bureau of Justice Assistance and in collaboration with partner organizations, including NAMI. Serving Safely is a national initiative to improve law enforcement responses to people with mental illness and intellectual and developmental disabilities.

To date, we have provided training and technical assistance to more than 50 police departments, prosecutors’ offices and public safety communications representatives (911 call-takers and dispatchers) across the country. Among our many activities, we are educating departments about the variety of models to successfully respond to people in crisis. And we are supporting NAMI to develop a training course that coaches peers to make effective presentations to law enforcement.

Serving Safely is one concrete example of the effort to raise awareness about the overrepresentation of people with mental illnesses in the criminal justice system. We need to both reduce contact and improve interactions for people at the earliest stage of justice-system involvement. Helping law enforcement officers improve their responses provides important opportunities to lessen the health disparities that are so rooted in our justice system. But continued progress requires that the interventions being developed and implemented across the country be done so with an eye toward—and a commitment to—reducing racial disparities.

Without a conscious commitment to racial equity in this work, communities risk recreating patterns of unequal justice even as they strive to improve responses to people with mental illness. Indeed, advancing racial equity is a commitment that must go hand-in-hand with reform to both the criminal justice system and the mental health system.

The Best Movies About Mental Health

Strength Over Silence: Stories Of Courage, Culture And Community

When Discrimination Starts In Elementary School